Andy Lawless is a 30-year veteran of theater, film and television arts. his recent documentary, Idaho Experience: Out of the Shadows received Emmy nominations for editing and producing. Andy joined Idaho Public Television in 2014 directing, editing and shooting for Dialogue and Outdoor Idaho. He serves as content creator for the American Graduate: Getting To Work initiatve as well as Director, Videographer, and Editor for Idaho Experience. Under his own production company, Hipshot Productions, Andy has made documentary films on global health issues in South Sudan, Kenya, Rwanda, Uganda and Mozambique. Other professional credits include Shoot Supervisor for animation on Wes Anderson's film The Life Aquatic: With Steve Zissou; First Assistant Director on the Warner Brothers' animated series, Phantom Investigators; Assistant Camera and Lighting Technician on Bram Stoker's Dracula and on the Wim Wenders film, Until the End of the World; Assistant Camera Operator and Lighting Technician on Disney's animated feature James and the Giant Peach. 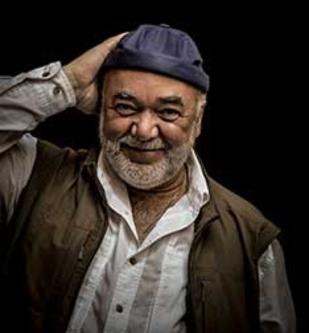 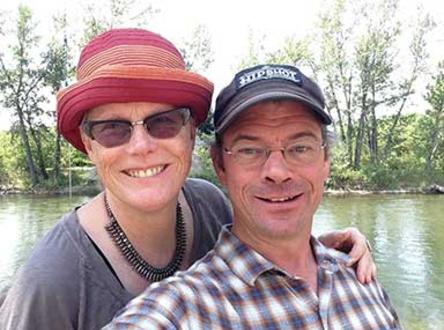 Catherine Hollander is a documentary editor with almost twenty years experience, skilled in both short and long form works. She edited Dalya's Other Country, which premiered at LA Film Fest, was featured on POV and adapted for NYT Op-Docs. She worked with director Julia Meltzer previously on the award-winning We Will Live to See These Things, and Adele Horne's The Tailenders, which also screened on POV and was an Independent Spirit Award winner. She worked with Grace Lee to finish editing Off The Menu: Asian America, a CAAM/PBS production. She co-edited Ellie Parker, directed by Scott Coffey and an Official Sundance selection. She has special interest in what it means to be an awake person in the modern world, editing the feature doc When the Iron Bird Flies: Tibetan Buddhism Comes to the West and other projects that investigate spirituality. She has also previously worked with Debra Granik, Lawrence Schiller, Laura Nix, Rea Tajiri, and Joanna Demetrakas. Her passion is to craft intelligent and striking media that pushes conventional genres, engaging mainstream and niche audiences alike.

Michaelle has been editing since she took over the family video equipment at the tender age of 14. Since then she has honed her storytelling skills with directors in the SF Bay Area, including Vivien Hillgrove, Jacqueline Olive, Marc Smolowitz, Leah Mahan and many more. When she's not working on documentaries, she is crafting content for clients like Disney/Pixar, Google and ITVS. Her work has screened at SXSW, Sonoma International Film Festival, and on PBS and MTV.

reDISCOVER THE TRANSFORMATIVE POWER OF NATURE

Peter Erskine is a drummer and composer whose work appears on 700 albums and film scores. He has won 2 Grammy Awards plus an Honorary Doctorate from the Berklee School of Music. Fifty albums have been released under his own name or as co-leader. He's played with the Stant Kenton and Maynard Ferguson big bands, Weather Report, Steps Ahead, Joni Mitchell, Steely Dan, Diana Krall, Elvis Costello, Kate Bush, John Scofield, et al. Peter graduated from the Interlochen Arts Academy and studied at Indiana University. He won an LA Drama Critics Circle Award for Best Original Score for A Midsummer Night's Dream. He has scored theatrical productions in San Francisco (ACT), Santa Maria (PCPA), Los Angeles (Matrix Theatre, Westwood and Pasadena Playhouses). He's also composed the music for the Japanese anime series Gunsmith Cats. Peter has written several books, including No Beethoven and The Musician's Lifeline. He is now a professor at USC and lives in Santa Monica.

Ellen Moore is an award winning screenwriter and playwright. Winner of a Chesterfield Fellowship at Amblin Entertainment and a California Arts Council Screenwriting Award, Ellen has written numerous screenplays and stage plays and her work has been produced at the American Conservatory Theater, Encore Theater Co, Word for Word, Teatro Zinzanni, NYU Tisch and more. She worked in feature film production on Bugsy, American President,Love Affair, Mars Attacks, Bulworth, and Richard III as assistant to Annette Bening. In the field of animation, Ellen has written English adaptations for Japanese anime including for Animatrix, Final Fantasy, and Vampire Hunter D and assisted Voice Director and Casting Director Jack Fletcher on numerous animated productions. Moore assisted writer/producer Amy Tan on the Emmy winning PBS/Sesame Workshop animated series Sagwa: THe Chinese Siamese Cat and on the opera The Bonesetter's Daughter and the related documentary film, Journey of the Bonesetter's Daughter that aired on PBS. She holds an MFA in Acting from ACT in SF.

Cool Campers, past and present